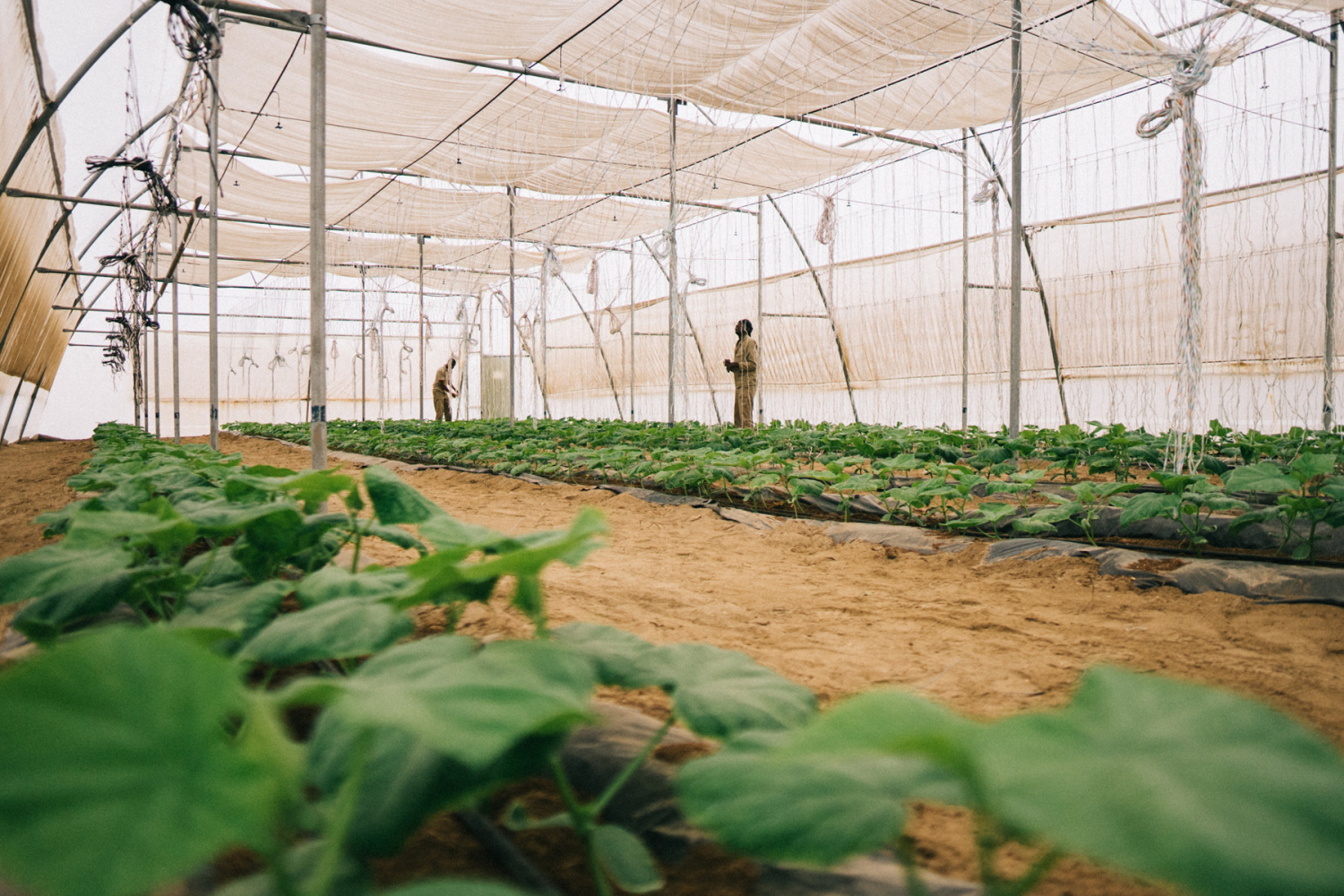 Modern agriculture presents a shift in how food is grown. We now look at where our food is grown, by who and under what conditions. It is a holistic, integrated model that involves more than just cultivation. It links agriculture, education and overall well-being.

We’ve lost touch with our roots and, increasingly, don’t know where the food in our shops comes from. The shift in awareness helps create a better understanding about food, fairness, and sustainability. It involves more than just putting a seed in the ground and speaks to how the world is changing, how the climate is changing and how innovation is driving transformation in agriculture.

Modern agriculture is especially important for Africa, as it breaks from global patterns of inequality by promoting local agency, connection and cooperation with each other.

AvaGro draws on these principles to unlock opportunities for growth at our projects. Farming in the desert at our flagship project, Shalom, we’ve learnt to be mindful of the resources we have. This includes consideration of how best to develop human resources at the farm. We’ve found that applied – that is, practical – agricultural sciences, build a solid foundation for advancement. And that this basis is vital for change in agriculture – and beyond. 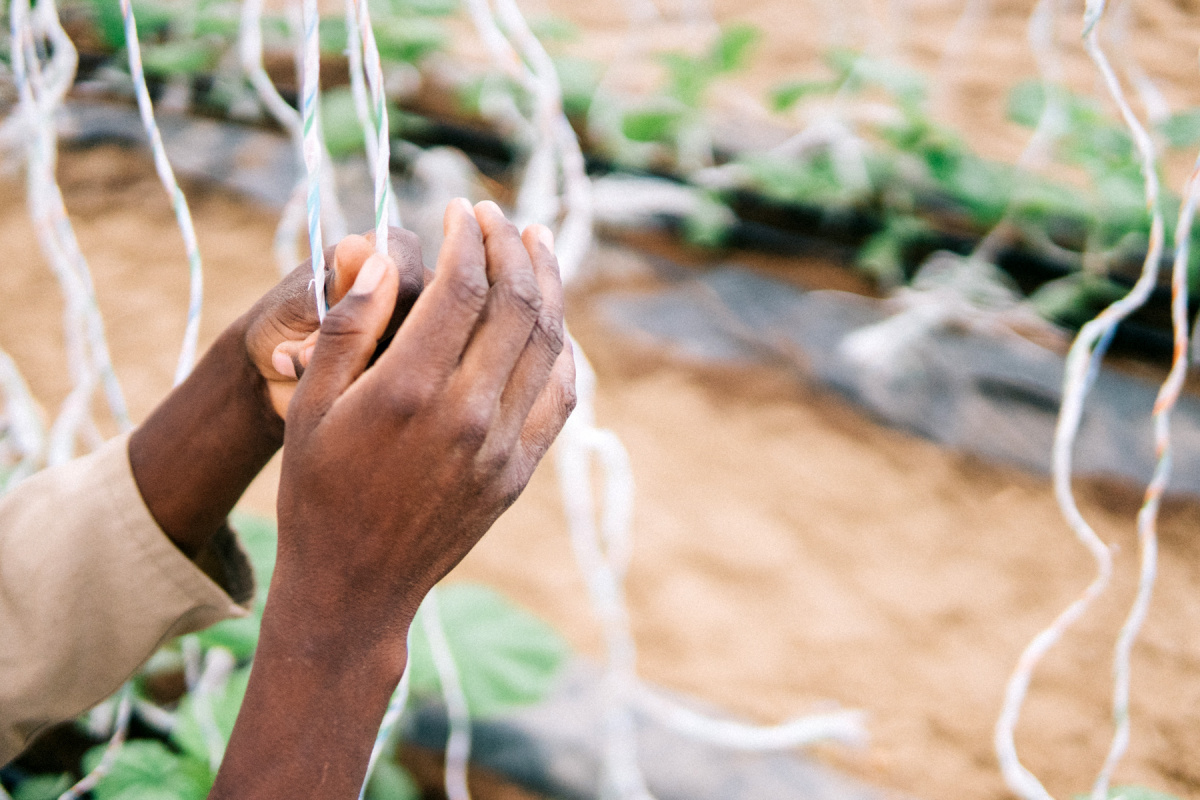 Farming, whether in Africa or Europe, is a traditional effort. It is something learnt from older generations, who have learnt from generations before them. Modern agriculture creates a synergy between traditional knowledge and modern technology. Using data and communication applications, farmers now have the opportunity to adapt and share methods and models from across Africa and the world.

“Shalom’s capacity building programme draws on international best practices while it also develops customised solutions for local conditions. This is because appropriate methods are so important”, says CEO, Leonie Hartmann.

“We focus on applied agricultural sciences. It’s very hands-on; we study the local weather conditions for example, and adapt the programme accordingly. It is also an involved process. You have to be with the plant every day and learn in this practical setting. Some things you don’t get from a book.”. 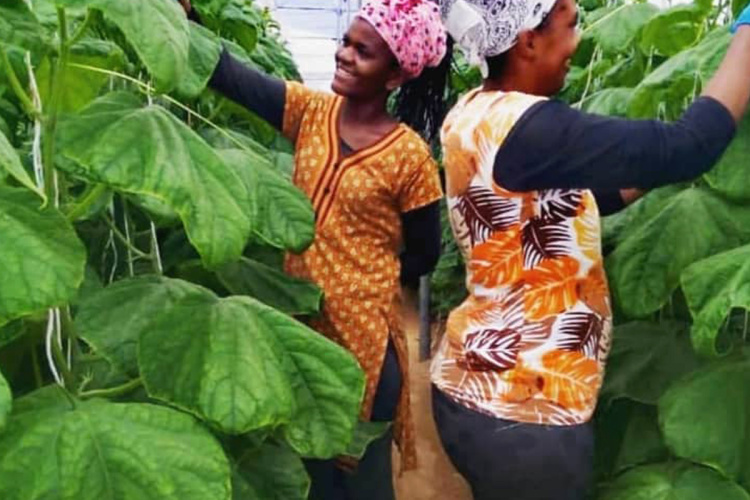 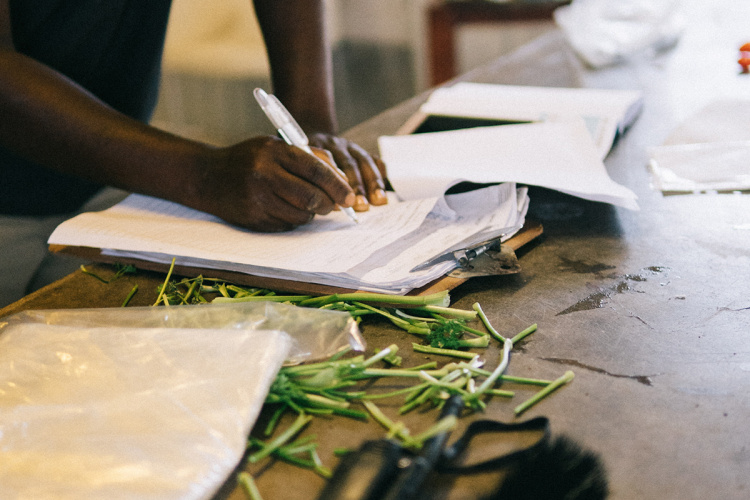 AvaGro works with the University of Namibia (UNAM) and partners in the agricultural and training arenas to advance practical skills development in the sector. It also uses the learning from its flagship project to benefit projects throughout the country.

We prioritise what is relevant for our customers’ context: we look at what is there, what is the capacity and where the project wants to be over time. We bring in skill and expertise where it is needed, but always build capacity so the project can run by itself. We harness technology through desktop advice and so provide ongoing support to projects.

Hartmann believes that the shifts in the field of agriculture also have a broader societal impact and it is in this context in which AvaGro is working. This can be particularly seen in the context of gender.

“Africa’s comparative advantage in agriculture (related to climate and pollution levels) presents the continent with a chance to claim a more prominent space in the field. Knowledge is important for this. Knowledge is power and leads to independence, especially for women who can now gain training and, as a result, are more able to choose roles beyond classical gender roles. And with the caring, precision and work ethic they bring, they are able to play a more prominent in the sector,” she says.

“Modern agricultural methods and developments present women with opportunities they haven’t had before. Therefore real growth can only be the result of inclusive knowledge exchange, education and training. Inclusivity – and therefore sustained growth – underpins all of our training at AvaGro.” 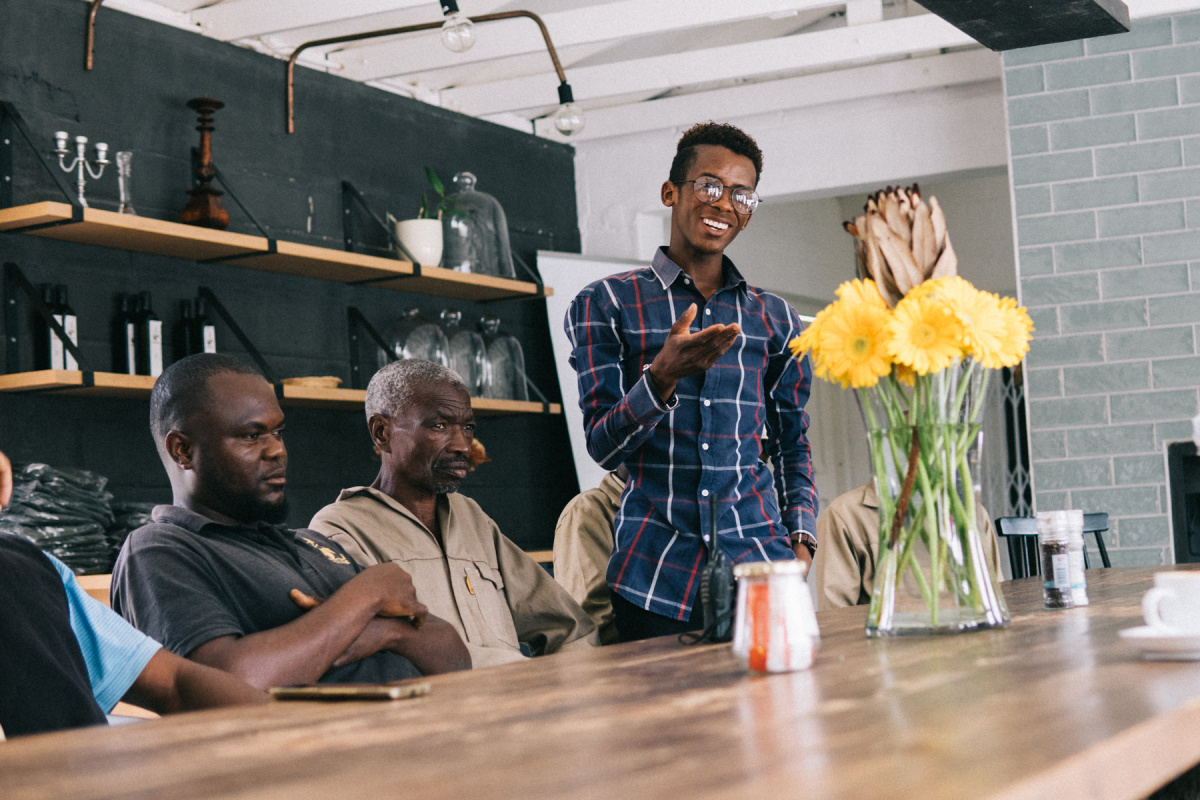 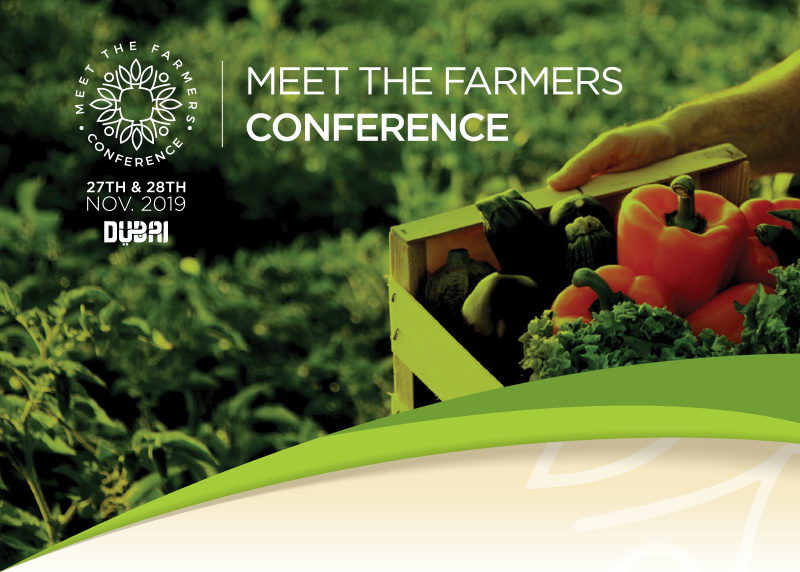 Meet the Farmers Conference in Dubai

New pathways in agro-trade This November, stakeholders from Africa and the Gulf Corporation Council will come together to network, collaborate and form sustainable business partnerships across borders at the Dubai-based Meet the Farmer’s Conference (MTFC).

MTFC is a first of its kind agro-trade event that connects buyers to producers. Namibian farmers and partners in agriculture have an opportunity to participate in the 27 to 28 November event to explore new markets for our produce.

AvaGro Namibia is coordinating participation in the conference as part of our effort to contribute to the building of relationships among Namibian producers and a joint export strategy for Namibian products. This involves building platforms for exchange, like AgriCULTURE, and creating new pathways in agro-trade through access to non-traditional markets.

With its US$1 billion strong market, the UAE presents an important opportunity for African growers. The November conference presents Namibian producers with an opportunity to showcase our distinctiveness and to create partnerships to help us grow a better future, together.

Our partners at Crenov8 have conference packages that include visa, travel and accommodation arrangements. Please find detail on the conference itself, the registration documentation and detail on the packages available. Please liaise directly with Awak Ntefon at ntefon.awak@crenov8.com for support with travel and accommodation arrangements. Flights should ideally be confirmed two months in advance. Do contact us for support with your participation and for any questions you may have on the event.

The conference aims to promote agricultural trade between Africa and the GCC.

Following the success of first and second editions, this third edition of “Meet the Farmers Conference” is themed ‘’Creating a Sustainable Future: Food Security, Trade and Technology” and is anchored on a bigger picture to promote agricultural sustainability and food security by facilitating trade and promoting use of technology in agriculture.

There are opportunities to exhibit or promote your brand to a wide range of attendees at the conference. Please email mtfc@crenov8.com or visit www.mtfc.crenov8.com to learn about.

Choose from following Options in the Namibia Travel Packages:

Hotel rooms and Flights are subject to availability.
Cancellation period of 72 hours before the journey start will apply.
Amendment charges / cancellation charges will be applicable.
No refund on unused services.
Full payment required at time of booking.
Visa approvals is at sole discretion of respective countries immigration.
Incase visa is rejected by Immigration; visa fee is nonrefundable. Shalom: a lesson in resilience

Shalom Farm is AvaGro’s flagship project and the embodiment of growth. The first greenhouses went up in 2016 and today we harvest six tonnes of tomatoes, three tonnes of peppers and 10,000 pieces of cucumber per greenhouse per season (six months).

But the growth is about so much more. In this time, we’ve seen teams grow in confidence as they acquire and apply new skills. We’ve seen the realisation of a vision for the continent to be food secure and, thus, independent. We’ve literally seen the desert bloom. And it’s beautiful.

Shalom’s growth means that we can now roll out the model to other projects in the country and also to the region. The learning relates to applying technology that is appropriate for the climate and for the context. We’re sharing our experience in farming in extreme climates with limited resources with our customers and are contributing to the building of a community that can withstand the challenges facing farmers today.

Shalom Farm is an 8ha plot in the Namib, the oldest desert in the world. While it is a commercial outfit, it is also an experimental operation, where models for sustainable agriculture in arid climates are being tested.

“It’s important that we build models and create technology that is relevant for the continent. So often, emerging economies draw on external models that are not appropriate and, as a result, are not sustainable,” says AvaGro co-founder and CEO, Leonie Hartmann.

“At Shalom, we are conducting trials and harnessing knowledge that can help us all grow,” she adds. 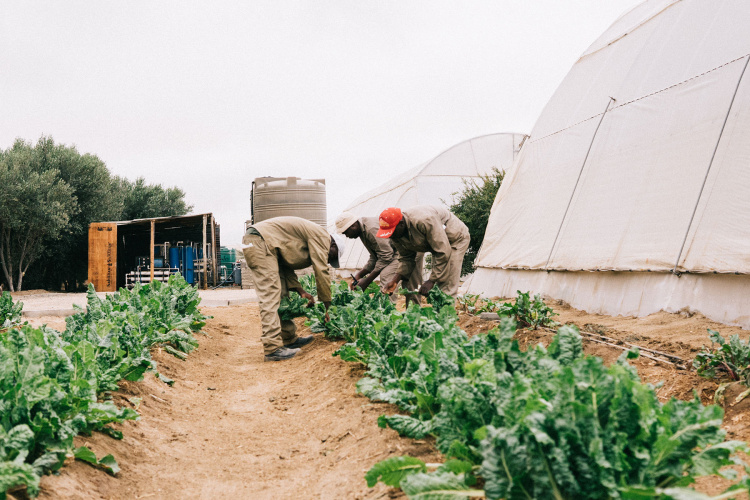 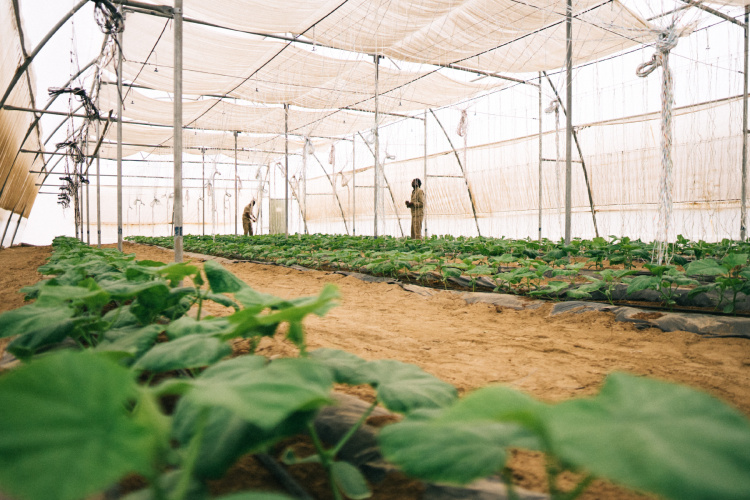 The farm has 27 greenhouses where cucumbers, gerberas (daisies), peppers, roses and tomatoes – produce that is in high demand – are grown. Asparagus, beetroot, eggplant, herbs and spinach are grown using open field cultivation as these crops are more robust.

“Before, they grew what the climate permitted, what is possible. With modern agricultural practice, we can go, and grow, beyond the limitations of climate,” says agronomist, Ranjit Patil.

This involved adapting know-how and technology to local conditions. Something, Hartmann says, was not easy. “We needed a shift, because greenhouse technology is so new to Namibia. Ongoing conversation and our initial successes made the team more receptive to the new systems.”

According to Hartmann, Shalom’s biggest success also stems from this challenge. “Today, we have a common understanding and a shared vision. Once there was acceptance of the change and once we saw things actually grow in the desert, it became easier. Knowledge became our strength.

“In the desert, the soil is almost dead, yet it became fertile ground for growth. This is what Shalom represents to me. We are learning and growing together in a truly multi-cultural context.” 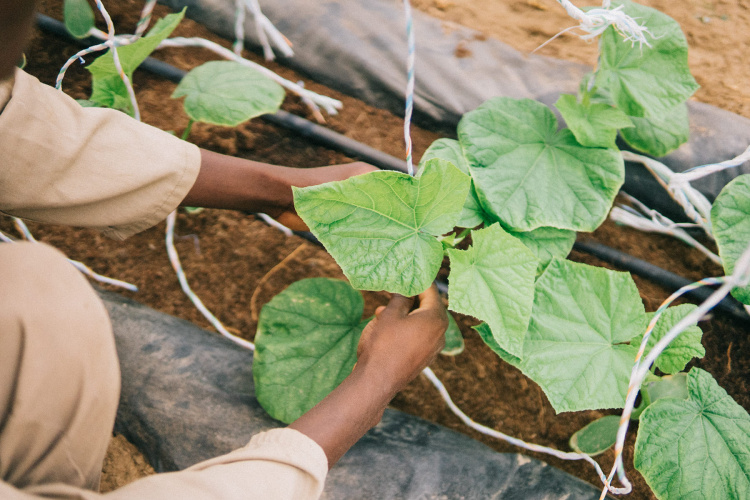 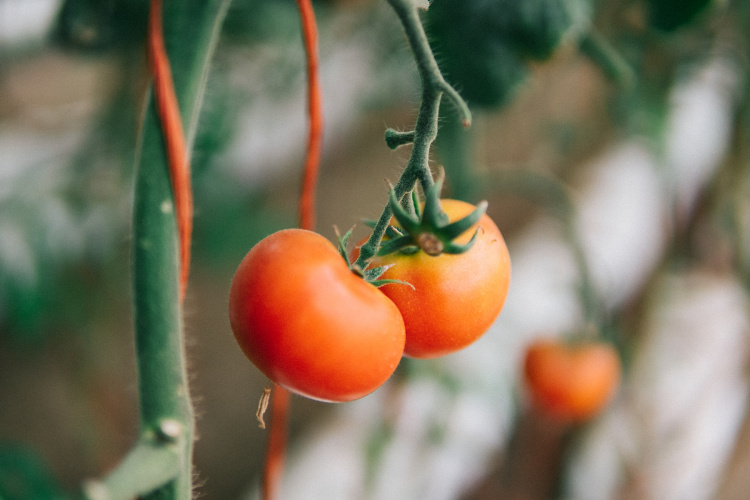 Manager Ruben Shikulo, agrees. “When you grow something, you need strong seeds and you need strong ideas, which you need to share. When you learn together, you will be successful.”

Hartmann links desert cultivation to cultivating a high AQ (adaptability quotient). “We have a persistent change mindset that allows us to tackle challenges. I marvel at what we have achieved in this small space; in terms of agriculture, business and on a personal level too. Shalom shapes you.”

Three years after setting up the first greenhouses at Shalom, the team now works on replicating the learning in the rest of the country. Hartmann explains that agriculture is foundational. “We’re sharing ideal cultivation models with our customers to help them grow and also contribute to the overall growth of the sector. A developed agricultural sector contributes to the development of the other sectors and becomes a basis for industrialisation.”

“We’ve grown so much at Shalom. And that’s the best thing about being here: it’s the learning. If we can do it here, we can do it anywhere,” says Hartmann in conclusion. 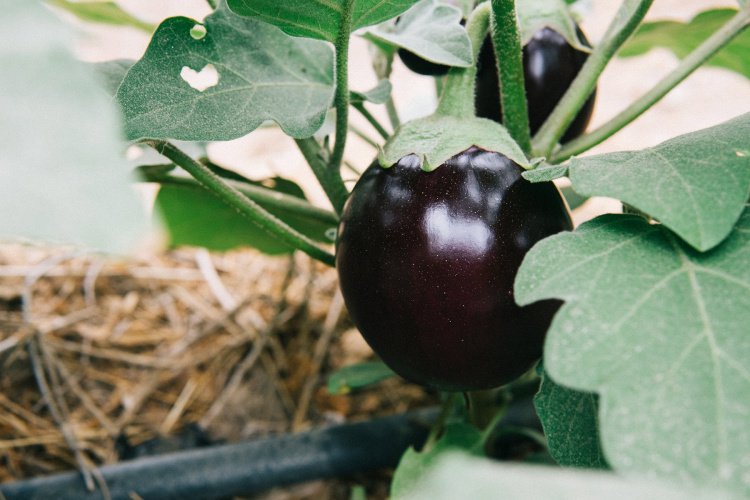 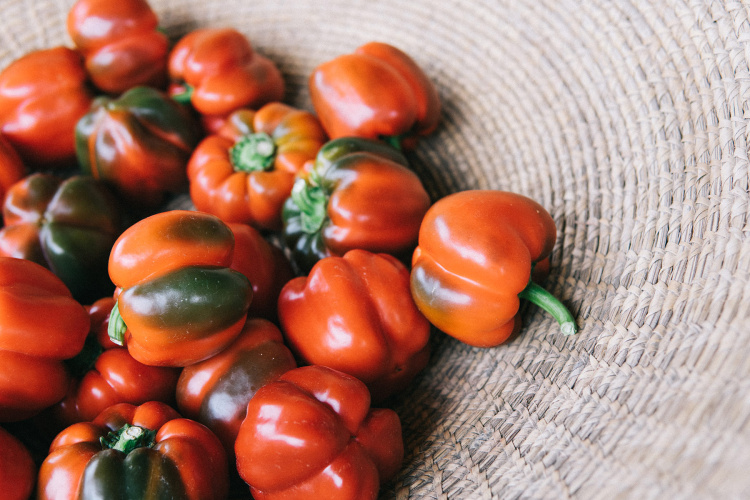 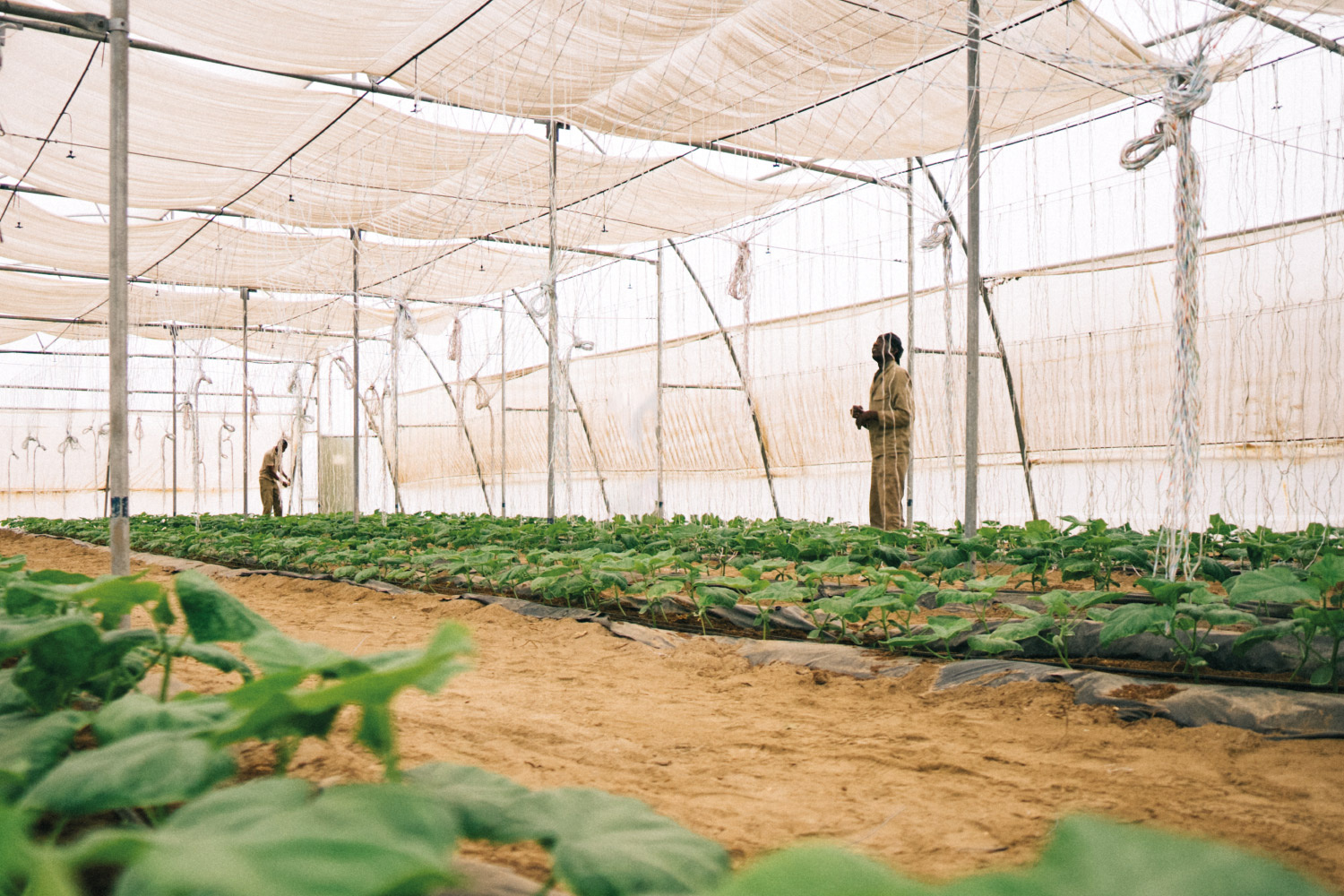 AvaGro is an agricultural solutions provider that contributes to the shift from traditional farming to precision agriculture. We started our flagship project in Namibia, where we grow flowers and vegetables on a commercial basis.
We’re using our experience in the country to advance tailor-made solutions for a range of crops in varying climatic conditions; and so help foster sustainable growth on the African continent. 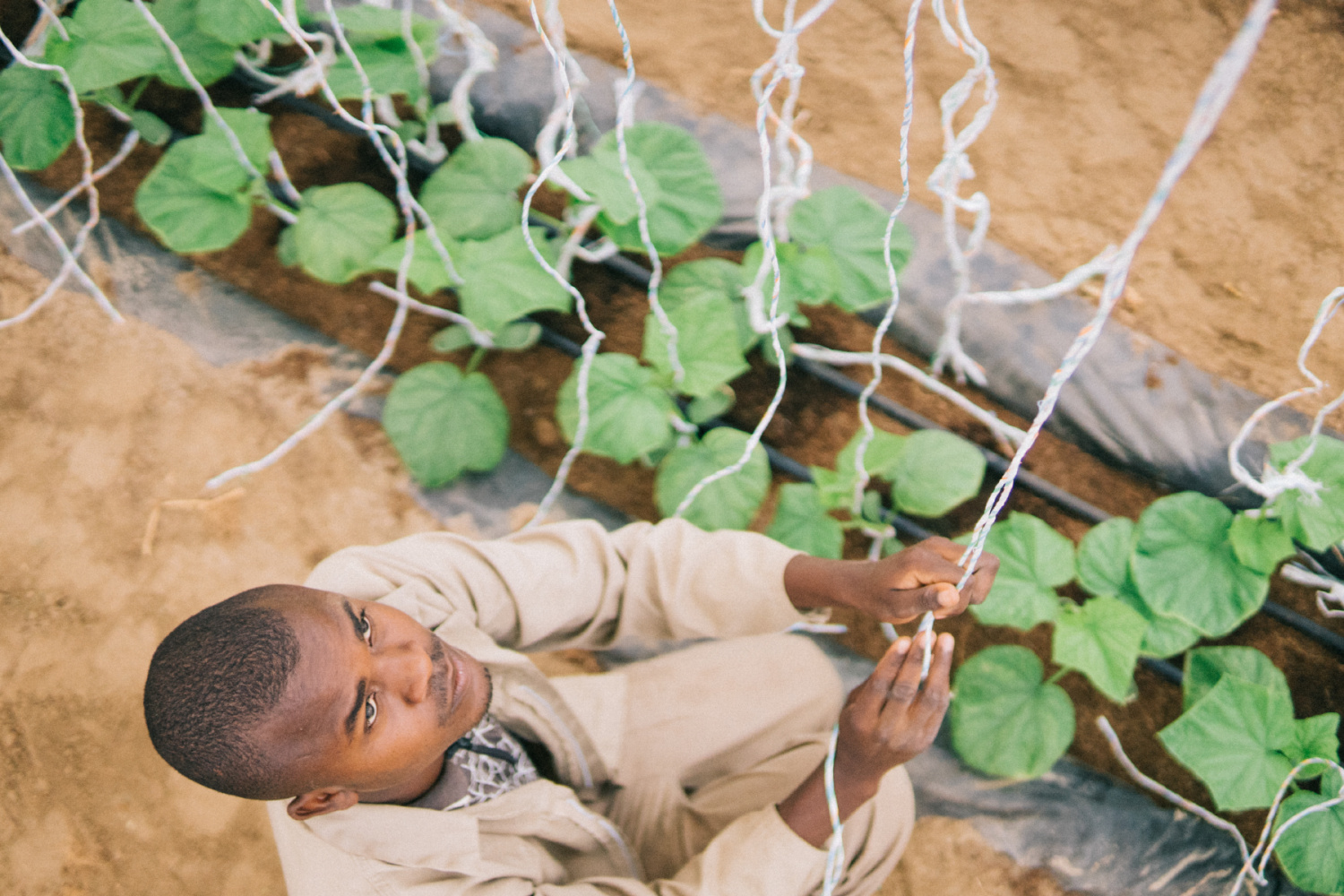 Summary of the 27 April conversation

AvaGro Namibia implements customised concepts for agricultural production in challenging environmental conditions. On 27 April, it hosted a conversation on fostering integrated and sustainable agricultural supply chains with its Dubai-based partner, Meet The Farmers Conference. The conversation took place at AvaGro’s flagship 8ha plot in the Namib desert where it produces flowers and vegetables on a commercial scale.

In particular, the conversation considered the factors required for implementing successful agri-businesses and how best to consolidate efforts to access diversified export markets.

Climate-adapted cultivation methods are needed to secure sufficient food availability in the country and to develop export capabilities.

Namibian agro commodity producers have an opportunity to build sustainable businesses and business partnerships through platforms like the annual Meet The Farmers Conference, which invests in knowledge and skill transfer and building linkages between African farmers and buyers in the United Arab Emirates.

Every year, Africa exports over US$35 billion worth of agricultural produce to other parts of the world. Analysts believe that this figure will rise to US$400 billion by 2050. At present, the UAE imports about 80 per cent of its food and the market is estimated to be worth over US$100 billion.

A considered, coordinated effort can help Namibian farmers build the capacity required to gain from this opportunity.

The 27 April event agreed that there is a need to:


As a first step in moving beyond conversation, AvaGro Namibia undertook to act as coordinator and to provide support to potential exporters by:

Meet The Farmers Conference is a first of its kind, agro-trade and networking conference in Dubai. It aims to connect agro commodity producers to buyers. Stakeholders from Africa and the Gulf Corporation Council (GCC) come together at its annual event to build partnerships across borders.

The Conversation in pictures